From “Last Tango in Paris”: “You’re alone…you won’t be able to be free of that feeling of being alone until you look death right in the face…until you go right up into the ass of death…”

Someone told me, “Oh you want a husband!  No, no — you don’t want to die alone!”  The most alone I’ve ever been was when I was with someone;  there was a person who represented an idea that I shouldn’t be alone, yet I was, so it became a mockery, which is even more painful.  Doesn’t matter how compatible to me they were.

You’re going to die alone even if you die with a roomful of people.  You’re born alone.  You die alone, just the same as your experience in this existence is only yours and no one else can fit inside of it and prescribe a course of living for you based on that existence.  Twins are born together.  But are they experiencing the exact same thing together as if they were in one skin?  This last part reminded me of something my sweet Kyle had written a bit back.

But I don’t know — maybe this would be possible in a higher state of consciousness.  So maybe we can die with people.  Maybe our energy can merge and float off into the ether, made up of different chemical compounds of course since the energy transforms, and we go back into the “essence” together.  Scientists say when we die, there is energy that doesn’t, so maybe.  Wouldn’t that be nice? Humans just have a tendency of making pretty metaphors of things — as we speak in colors — consisting of heaven and angels, etc.

It doesn’t matter to me if I die in my room by myself or if there are people surrounding me — I think that would be worse, to be fading away, leaving all of these grieving loved ones behind.  Maybe.

I had the flu many years ago.  I lie on the sofa for three days.  I didn’t have enough strength to open the convertible bed.  I thought, “I’m going to die here,” and it was very matter-of-fact, no fear.  At that time I saw easily how simple it is to die, how easy it would be to just leave.  I had no sentimentality about loved ones, nothing.

No matter whether you die with people or not, being alone is something you have to deal with by yourself.  Having another person, or a body around you all the time isn’t the cure for loneliness.  There’s some space inside yourself that you alone have to deal with.

This had been a building full of widows when I moved here years ago.  I’m sure they all thought their husbands would be around so that they could “die together.”  Ha!

Pornographic music goes way back, and when daguerreotype was invented, people made some of the earliest pornographic pictures.  But there were even photo processes before that, and I know that these people experimented with more than just images of ripened fruit.  There was early pornographic silent film, literature and sheet music.  Before the early records, photos, movies and books, there were pornographic paintings, drawings — pornographic cave etchings…

This is why some of the affectations of the so-called risqué songs and photos of today put me to sleep.  I know that this behavior had been explored since the early days of human existence, by those who couldn’t ignore their natural curiosities, even at risk of being drawn and quartered.  These early pornographic interpretations are more interesting and original, especially considering the historic context.

A Facebook buddy posted a link with an article suggesting that the filthy songs produced in the 1930s might have been the “filthiest” ever.

In the link, Lucille Bogan’s voice and the look on Harry Roy’s face somehow reminded me of syphilitic lunacy.  Lucille Bogan has an unapologetic, devilish style, and she gets right to the point.  She is in hysterics in the middle of the song with the idea of these “filthy” indulgences.  Harry Roy looks like someone about to participate in something unholy, where “utensils” may or may not be used.  I don’t know who the guy in that last picture is, but you should just take a look at him – just look at him!

Not suggesting that the excessive love of sex should bring this misery upon anyone, and certainly not saying that these musicians had syphilis.  Just saying though.  God forbid condoms, dental dams and antibiotics had never been invented, a lot of us might be just about as screwed.  Long live evolucion!

I had not heard these before – golly, they’re so much fun! 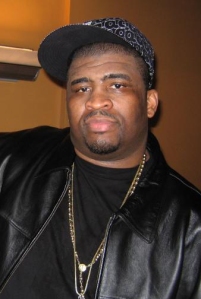 Patrice O’Neal is one of my teachers.  Only a brilliant artist can finesse political incorrectness these days.  He brought the stuff floating around in your head to light with an undeniable humor and intuition about the way the ugly truth really works in your brain.  His comedy was a relief from the distasteful images burning holes in our brains amidst media pressure to think proper thoughts.  Conversely, in his comedy, there was an implied sensitivity about the subjects that he ridiculed.  It takes mad skills to be able to balance the two.

He didn’t play to the least common denominator, the way that a lot of comedians corralled on these “comedy” specials do.  He talked about unpopular, marginal things, and you’d find yourself nodding involuntarily at them.  Yes, some of his comedy made me cringe — but it was worth it.  You can’t doubt his intelligence.  I found him refreshing.  I’d take him over any politically correct person using all the ‘proper’ lingo, etc., whose actions indicate otherwise.  As a black comic, he didn’t use his comedy as an artless tool to lash out.  I know his comedy wasn’t for everyone.  Too bad.

I wasn’t going to mention the Metro-North tragedy initially, because you can’t run from death.  Not really.  I did finally mention it on Facebook because of some compelling coincidences.  I didn’t want to give it special attention, because focusing on the details of the incident wouldn’t help to remind me that death is happening, and it’s not as big a thing as we make it out to be. When my father died I was reborn into this idea.  Paradoxically, I had to go through a few complex changes to come to this simple conclusion.  I try living harder and more truthfully because of this.  I want to be more fleshed out and connected to everything around me.

Yah I’d like to think that I could sustain this idea.  We’ll see how full of shit I am in the end though.  In my isolated existence, disconnected from the whole, death becomes a melodrama, and the mere particle of my human life becomes lionized, disproportionate to the calming reality.  Well, shit – I hope it’s calming.  I really hate the idea of holding onto life, holding onto things…