I told my neighbor once that I want to be Kathleen when I grow up. “Oh really!” He said, looking at me sideways. Though we love her, she has a reputation for being — mean. Kathleen’s old, 87, and lives two floors down from me. She never married and rides her bike everyday. I gave her the bike helmet my dad bought me fifteen years ago. I was too vain to wear it. She still uses it. She’s feisty, independent and has a foul-mouth. She’s pretty with a pixie cut, sharply-defined chin and clear eyes. Kathleen came from Ireland in the ‘50s and has a slight brogue. When I’m running to and from like most people, she’s ambling along the street with Molly Malone, the tiny dog she named after a prostitute. “Oh hurry, hurry, hurry! — It’ll be the death of you, dear!” She’ll screech after me, her way of expressing the slight she feels when “we youngins” don’t have time to shoot the shit with her.

Her voice sweeps up in cadence at the end of her biting observations. I found her “observations” at one time quaint and refreshing. “Ooohhh what a little cunt that one is!” She’d say referring to the old French woman Hélène who lived in this building. I sort of agreed with that observation, but later decided that Kathleen had too many “observations” about people and that perhaps I didn’t want to be like her. She was too damn mean.

On her way to church, she told me about the woman she took to emergency one night. “Oh, Sandee she’s ab-solutely looney tunes! I picked her up and she was dripping in jewels as if she were going to the ball – when we were just going to the fucking emergency room.” The woman happened to have just walked by. Kathleen more or less talked about her in front of her face. “That’s not nice, Kathleen,” I said.

Another time she said she hated the banality, “Have a nice day.” I told her that we could use it as a euphemism for “fuck off and die.” So then I’d see her while I was rushing in and out the way she hates and I’d say in passing “Have a nice daaay!”

Yesterday she had the sweetest demeanor. I hadn’t seen her in a while. I hugged her. I know she needs love. She just gets on my nerves with that negativity shit – to the point where I avoided her last summer. She said, “I don’t know why I’m so happy all the time now.” There was a trembling vulnerability about her. We talked. “I was even humming earlier – that’s not me — for God’s sake Sandee, I think I’m going senile!” She said. Before I finished laughing she asked if I had planned to freeze my eggs, switching the subject quickly the way old people do often because of the ticking clock. “I hate eggs,” I told her. “These eggs.” She pointed to her stomach. “Hell no. I hate kids – I mean I don’t hate kids, I just never thought I needed any,” I said. Perhaps she was advising me on the regrets of not seizing time.

As we departed, she told me that I was the second person who’d hugged her that day. Finally, she said she got a diagnosis from the doctor. She had dyscrasia, she explained. But she said she felt healthier than a horse. “I’m ill,” she said, however. She didn’t look the least bit. I told her to please call or come up anytime – she has my keys. “Get a second opinion,” I advised. She was so pretty, small and delicate, possibly the side-effect of the news. It was a definite departure from her norm of evil.

Do you think that I enjoy putting hexes on people? No! Yes, it’s necessary sometimes in the playground of my mind for me to believe that I have this option, while we all know this is delusional. 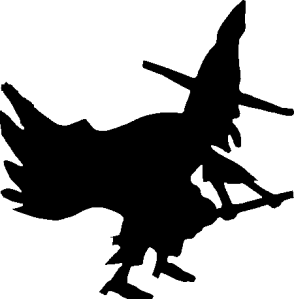 Well anyway — but I did take a hex off a guy I decided I liked. I discovered he did something very nice for somebody. So I thought about it all and decided that for the rest of the week I’ll go on a love mission. This means that I’ll have compassion for people and their stupidity, ignorance, fear and self-loathing. I’ll try to identify with these human frailties instead of suffering from the self-righteous indignation that fires me up to a state which makes it completely okay for me to damn people to hell.

P.S. Still, if I could only — hahahaha! — Check out this cool witch’s coven –“She must die, die, DIEEEEE! — Give me power — sickness, sickness…death, death DEAAAATH!”: