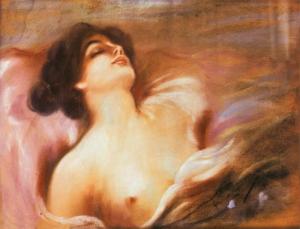 I wanted to post something before the month ended.  Maybe I’ve allowed a month to pass between posts before, but tonight I didn’t want that to happen, which isn’t usually how I operate.  I’m relaxed about blogging.

For the last few months I’ve focused on writing two short stories and trying to get them published.  After this, I’m “relaxing” and working on other aspects of my life.

Since my job at the botanical garden became seasonal, I have four months off.  My other job as a cemetery guide is also seasonal, so during a hiatus I can fantasize that this time was created for me to fulfill my aspirations.

The reality is that it’s simply a break.  If these stories get published, I could reflect in this way on the break.  The problem with having a hiatus in conjunction with these aspirations is that I have time to fantasize.  I don’t want to become delusional.  My ideal life would be having these two jobs as day jobs, while being a writer.

I was excited when I sent my story “Night Terrors” to Calliope from a listing in Poets & Writers, and they contacted me days later to say that they were interested.

But I became an ingrate.  They were small potatoes – self admitted.  I wanted to be in Glimmer Train, or one of the other ones that paid big – hahaha!

I sent my latest story to quite a few magazines.  I wanted to hear from them a few days later, the same way that I had heard from Calliope.

I don’t feel like I can call myself a writer if I haven’t been published “big time.”  I need to be satisfied with my personal progress.  I said I wouldn’t write anymore if these stories are rejected.  That’s probably not true.  I hope that I could get these stories published then get an agent for the novel that I wrote, which was rejected by agents years ago.  My “fantasy” is to get my “Mean-Spirited Tales” (at the sidebar) published also.

I think if I had an office job again, I would be distracted from writing, which would be good.  But, I’m here now.  So I need to be fine with it, and simply take steps in the direction that I want to be in.

It would be less strain if I was fine with the 15 pound weight loss, but I got greedy and want to be skinny again.

It has to do with the illusion that I have control over something.  Life is wild and I need to be flexible.  Having fixed ideas or the illusion of control makes me brittle and neurotic.  I wish that I could take this relaxed attitude that I have about blogging into other areas of my life.