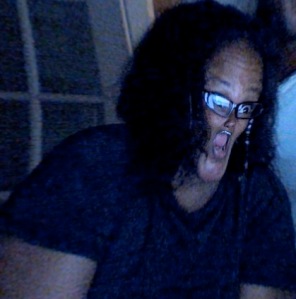 George Weaver  thought I was in Mensa.  Mensa’s that group where people with high IQs commiserate about explaining stuff to those of the dumb.  I basked in the glory of being seen as somebody really really smart, but I don’t want to mislead anybody, so I immediately told George that I was dumb.  My About page says that I’m published in Calliope, a journal printed by Mensa.  That’s how she got the idea that I was a genius.  This is her fabulous photography site.

I went to Columbia University and got an A minus average.  I feel like I can tell you that because I was old (25) when I went back to school after a drunken stint at community college; and also because I dropped out after two years of credits.  Once, I asked this girl what college she went to.  Embarrassed, she cast her head down and said Yale.  I gathered that it’s bad taste to brag about going to an Ivy League school. But only if you did it when you were supposed to do it. It’s okay if I tell you where I went to school since I’m one of those handicapped cases who goes back when they’re old.

Somebody said I probably got into CU because I was black and at that time black people were ‘in’.  Maybe.  Plus during my college interview, I had a platinum afro, a nose ring and my college essay was about being an alcoholic.  They thought, Aw the freaky black chick’s trying to improve upon herself – let’s give her a chance.  Besides, I’d give them diversity. They wanted to throw somebody freaky into the mix y’all!

I got a scholarship and took out a loan to pay tuition.  After the second semester, I decided to work there because they offered tuition remission.  This was 1988 when you could get jobs anywhere you wanted.  For the youngins — back then, you could have three jobs, jobs coming out of your ass – nowadays, you can’t buy a fucking job.  Anyway, after working there almost five years, I was laid off at the same time I was offered to be published in an anthology.  I would get leverage in my field of interest.  So my anti-establishment ass says, ‘Fuck it, I don’t need no degree to be no writer, plus, it’s more romantic to be a rogue writer. Why, I’m an auto-didact, I am!’  You see folks, why I could never have been in Mensa?  These are the kinds of backass decisions that those of the dumb make daily.