I shaved my head again.  But when listening to death metal sometimes, I think, gee, it’d be nice to have some damn hair.  I had head-banging hair a few years ago, albeit not the long, straight kind – I like saying ‘albeit’ — hehehe. The last time I went to a concert was in ’09.  I loved seeing head bangers whipping their hair around.  I got into it, and two days later – whip-lash.  I couldn’t believe it – such pain from that shit.

The cool thing about banging my head at the concert was that my hair was such that I didn’t need to keep fixing it.  It was relaxed and wavy.  There’s no affectation to banging my head because I’m possessed, I’m not doing it, the music is.

Sometimes when I’m playing chess or blogging on my computer and a song I love comes on that impels me to move around like a maniac, I have to make sure that I don’t hit my head on the edge of my desk.  It would be embarrassing to die this way or even to knock myself out.  I’m intense when I like a piece of music.  Don’t’ get me to standing up thrashing around.  It’s damn dangerous.

I’m cool with being near bald now though.  It works the same for head-banging only I don’t get hair in the eyes, nose or mouth.  While it’s sexy to have hair doing it, I never want to become a cliché.  When I went to the Obituary concert, I refused to wear all black and black eye-liner, etc.  My friend didn’t either, thank goodness.  I do like dressing that way once in a while, but subtly.  I was death metal even before I knew what it was, so I don’t have to try.  I’m born this way.  It was inevitable that I would gravitate to it.  This cute guy I knew called me ‘Rock ‘n Roll’.  I’ve also been called Tasmanian devil and a human doing (as opposed to being).  So you can see why this kind of music would appeal to me – it’s compatible to my inner-vibration and to my tendency to muse delicately on death and all of its aspects and manifestations – what the fuck did I just say?!

I realize after all these years that I should probably not try too hard to do anything because I tend to have too much concentrated energy, which causes imbalance.  If I tried to be rock ‘n roll it might not work.  Rock ‘n roll, hard rock and heavy metal led me to hardcore, and I’m still in allegiance to it.

So what I want to do generally is ride the wave.  But sometimes old habits emerge and I thrash at the waves, pulling myself under, as the common metaphor goes.  Here’s another one:  As long as I don’t bang my head too hard I won’t get whip-lash.

A jazz trio played in the garden where I work.  They were the real deal, not one of those easy listening, ersatz jazz groups you hear in elevators and hospital waiting rooms.  I’m not a jazz fan but the few pieces I like are hard core and abstract.  I went home and tried out some jazz on Pandora.  I inserted a Theolonius Monk station right above my Obituary death metal station.  I listened for a few minutes before inserting a John Coltrane station right underneath that.  I listened to that for a bit.  Nah.

I felt like a pretentious bourgeois wannabe listening to it.  Ironic since this music started out as edgy and was created by oppressed black people.  I relate to death metal more than I do to jazz.  I get the feeling that some people listen to it because they think it’s what sophisticated, intellectual, or middle-class people of a certain age are supposed to listen to.  I know there are genuine enthusiasts but I wonder about the rest.  I appreciate the great jazz artists, but these days I think a lot of people attach it to the complacency of the “good life,” while it used to be associated with the avant-garde and artists or people who were on the edge.  I don’t want to get into politics so I won’t elaborate on what I think is wrong with the concept of the “good life.”   People can create a cocoon for a moment in time but there’s always some threat hovering over it.

As a black person, dirty road house blues music does it for me.  It’s the music I relate to.  These people remind me that the good life is a fucking illusion.  It reminds me of my forefathers in the strain and toil of the cotton fields.  I appreciate the beauty in every group.  I just love the pathos of being black and I appreciate being part of the African Diaspora.  So my rejection of jazz for the most part has nothing to do with me denying part of my heritage or whatever.

Life is life and sometimes while life is being life you still have to do shit you don’t want to do, like dishes, laundry, vacuuming.  There are job decisions I have to make.  And at my age it’s scary, but I don’t have any choice.  As soon as I finish reading the proof copy of my book I have to get on with this task.  This is why I’m moving slowly as I alluded to in previous posts.  I’m afraid of what’s on the other side.  And oy gevalt — I have oral surgery issues!  Though I have insurance it still means more pain and more money.  It’s overwhelming.  So, to aid me in my day to day tasks when it gets rancid, I listen to my death metal station on Pandora as I wash dishes, throwing them from the sink to the dish rack, angrily.  The music makes me feel like I’m not alone in my existential mire.  I’m not always like this, but, hmmm….  I wonder.  Maybe I’m just angry because the people who run the good life won’t let me in.  Eh? 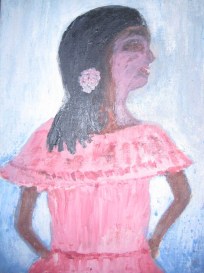 Gee Whiz!  I tell some people I’m a death metal enthusiast and they think it’s 80s hair metal music.  No, I’m afraid I don’t do 80s hair metal.  However, I do listen to a lot of old-school death metal.  I have a Mortician, Obituary and Nocturnal Dominion station on Pandora.  The music on either of these stations has similar elements to these primary groups.  Pandora has introduced me to a lot of new groups as well.  Pantera and Metallica are soft compared to this music, besides they’re also commercial.  Death metal can be progressive and very arty.  It’s nihilistic and iconoclastic with morbid undertones.  That’s so me.  It’s not a bad thing.  It’s severe and inaccessible to people who have certain musical expectations rhythmically or lyrically, etc.  Some of the lyrics are brilliant.  Some of the lyrics are vile and would be considered offensive for various reasons.  (I don’t listen to neo nazi black metal or far right metal.) Some lyrics don’t make sense but I don’t care, just as long as they’re screaming and beating me over the head.  I tend to glaze over what they’re saying in these cases because the abstract elements are too essential.  I was always into metal — except for those 80s hair bands.  I started with Led Zeplin, Black Sabbath, et al, but in the eighties I gravitated to independent stations and started listening to a segment called “Hell Hole,” and I was in Heaven.  The music was punk, death metal, gothic.  I never looked back.  I just like it hard.  What can I say?  I do listen to other music but death metal is church music to me.  The primal elements help my rage.  There’s also humor in this type of anti-music.  The screaming and growling is so refreshingly absurd.  I’ll be old listening to it.  I came home from the traumatic dental experience in excruciating pain and it so soothed the angst of the savage beast:

I read an interview featuring Glen Benton of Deicide on the MetalSucks blog.  I’ve been a death metal fan for a long time, but I’m still a little superstitious about groups who wear upside down crosses (There is a group called Upside Down Cross that I really like.), and claim to be satanists and stuff like that. Glen Benton had an upside down cross burned into his forehead.  I had one of Deicide’s albums, went through a phase where I thought the energy was too dark and stopped listening to it.  I had also stopped listening to my Morbid Angel album because of the anti-Christ thing.  And I’m not religious in the least, though I am spiritual, which I hate to say because it’s a common thing to say.  I said that these groups gave me the heebie jeebies because of superstition about the dark energy, but really, I just wondered about people who were religious in this upside down kind of way, and if they really espoused evil.  If so, I don’t think that’s very nice – this is the bottom line I suppose, about my shying away from them.

I have death metal programmed on my internet radio station and they play Deicide’s Confessional Rape.  The song rejuvenates the shit out of me.  It makes me imagine myself riding a black horse through the forest at a furious speed, while chopping off the heads of my enemies with a scythe.  OMG am I espousing evil!?  The song has nothing to do with this kind of imagery however.  I wonder if I’m too old for this shit.  I went to an Obituary concert two years ago and had a stiff neck for two days from banging my head.