How dare you!  So you feel it’s okay to say that my stomach looks like yours?  You goddamned wench.  I have uterine fibroids.  Thanks for reminding me that I’m accursed!  Yes, I have issue with the fact that I do situps every other day but still appear to have a pot belly at times.  It sucks that this has happened in the last couple of years when I had been able to have pride in a flat stomach into my middle forties, glad to have at least had that, if not big titties — no I don’t really want big titties — but anyway — HOW DARE YOU!  And learn how to air smooch.  When we greet each other, you needn’t plant slobbery diseased lips on the side of my face — ungh! — just threw up in my mouth.

Aw, thanks for offering me Chinese food this evening.  But how the fuck you can afford to offer me dinner when you’re homeless is beyond me.  I dunno but it was a sweet gesture nonetheless.  During my winter hiatus, don’t forget that offer please, as I may be broke and have to take you up on it.  We’ll have a very “scenic” dinner in the park, overlooking the Hudson River.

Sorry I said bad things about you and your wife in another post that I wrote about the homeless people in this neighborhood.  I’ll eat those words — I swear.  I come home every day to you sitting by the park playing chess tournaments with locals.  I suck ass in chess and think that you could teach me lots.  Mr. Homeless Man, can I please play with you?  I promise I have no qualms about touching communal chess pieces.  You’re obviously a respected member of the community and I should kick myself for being such a dick — or shall I say — such a twat.

I’m so so sorry.  Had I known you would be going around offering free pussy to average looking men, I would have coached you better.  I hope you’re living a happy life now, and that all that had occurred between us is behind you.  I love you.  P.S.  Please stop dying your hair orange just so that you don’t look like me anymore.  It makes you look, crack-whorish. 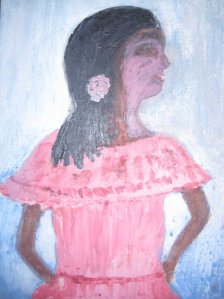 “Frank!” I screamed.  He was back at the benches by the historical house in his wheelchair with his entourage.  He’s been missing lately.  He slurred, “Hello my beauty,” on his way to smashed.  Once I saw him spoon with another male bum on the sidewalk.  Today I wanted to give him my change from Rite Aid crumpled in my hand, but it wouldn’t have been fair to the others.

I don’t care for the one with the dreads.  Once he stood by McDonald’s menacing people.  I glared at him, ready.  He backed off.  Days later he stood in the center of the sidewalk by the historical house, facing me.  He looked at me and took his dick out.  He let it hang for a second before taking a piss by the wall.

On my way to work he’s usually sleeping.  He surprised me with a mellifluous “Hello” one morning.  He was sitting up, looking at me with doe eyes, smiling.  I didn’t even know he could speak using regular words.  War’s over I suppose.

Frank shares food and liquor with him.  I give Frank food they give us from the café where I work.  Once he was passed out drunk.  I woke him to tell him I had food.  He nodded, grabbed the bag and said thank you.  I didn’t think it registered, but the next day, he said, “Thanks for the food my beauty.  That sandwich was delicious!”  He said he shared the food with his friends.  He went on about how good the sandwich was.

Some are dirty and sick-looking.  One was just a head in a wheelchair.  Well, he had no legs and barely a torso.  He’d perch in front of the subway stairs.  I gasped from shock when I saw him.

The one that held the Dunkin Donuts door open for people moved to the next block. He was a sanitary hazard, filthy but friendly.  He’s eyes are always red.  Generally he just says hi how you doing but once he said, “You know you my baby girl.”  I said, “Really?  Give me some money then.”

There’s a married couple.  I don’t like them.  They live on the bench by the park and in a busted car.  I’ll tell you about them another time because they deserve a whole post. 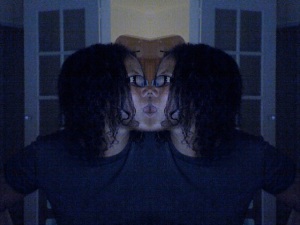 I got to the dentist’s an hour late because I didn’t want to go in the first place.  It’s a clinic that refers all their patients to NYU’s dental school, where they do complex dental surgery on a sliding scale.  I have insurance and a regular dentist, but I wanted to try this place to see if it would be cheaper.  But because it’s a new experience for me, I had a hard time with the idea of it, especially now when I have a lot of things to figure out – you know, life.  This week my vacation began, and having to start it out this way sucks.  I’m having mild pain underneath the permanent bridge on my upper right side, and I want to take care of it before it gets worse.  My nerves were a wreck on my way there because I didn’t know what to expect at this clinic, and also because I do know that once they determine what needs to be done, there will be discomfort, pain and large payments.

On  96th Street where the dentist is, I got out of the train, and the station was unusually desolate.  There was a wild looking man in front of me talking to himself.  He was buff, and young.  He kept turning around and looking generally in my direction. I don’t carry a knife anymore. But I opened my bag and let him see me do it, so maybe he’d think I had a gun or something.  All I had in there was a pen, but I sure as hell would have tried stabbing him in the eye with it.  He might’ve taken me down, but I would go down fighting.  He kept stepping though.

At the clinic, the receptionist said that the dentist couldn’t see me since I was late. The next appointment isn’t until October.  I took that appointment but in the meantime, I made an appointment for tomorrow to see my regular dentist.  He might be able to fix the tooth under the bridge and I need a cleaning anyway.

When this shit is behind me I can start my vacation proper.  I had a lot of anxiety about going to the NYU dental school because it’s huge what needs to be done in my mouth.  I’m afraid I’ll become a toothless pirate wench before it’s all over.  I look forward possibly to going museum hopping in Philadelphia as well as visiting some museums here in New York that I haven’t been to.  I need to maybe get rid of the idea that having a gun is nice.  I fantasized about shooting that guy in the subway station in his head.

What’s that age where it’s okay for women to talk about how hot they used to be or to talk explicitly about sex in mixed company?  There’s an age where nobody gives a crap anymore, like that crazy old lady at the barbecue who takes her titties out and says “C’mere, suck on these!”  She’s the life of the party, the quirky old drunk broad. She’s not a threat to any of the women and nobody wants to fuck her so it’s okay if she says “I used to be a beautiful woman long ago who’s had sex with many many many many men, and boy what I would pay to suck your dick!”  “Oh boy, your Auntie Sandee’s a riot T!  She must have been something else back in the 20th century!”  “Yeah, we know.”  23 skidoo!

“Naked Ass Cake Readings?” — Really?! — I feel like Kyle all psyching people out.

I’m supposed to be writing another book, but I wanted to see first if anyone would care about my first book, over there at the sidebar.  Actually I do have a novel called The Unavoidable, copyrighted in the year 2000 — ‘memba the year 2000, it was the future.  I really need to hurl that novel out there.  They say novels do better than collections of short stories.  We’ll see.

I want to do book tours in Manhattan.  Have readings.  Naked readings.  Okay not naked readings, but readings with people other than me reading.  Young, beautiful people.  Maybe Le Clown would fly down to read with his magnificence, charisma and mind boggling beauty…  I have to get copies printed of my book.  I’m not up to the task yet.  In due time…in due time, as says the Devil in the Exorcist.

I’m spending all my time blogging now and not writing.  I should be writing.  The last short story I wrote was Why Did You Try to Fuck Somebody You Hate?  Well.  Why did you?